NextPlanet of the Future
Excerpts

The Future of Futurism

A view from the garden, looking to the stars.

A view from the garden, looking to the stars.

“In any weather, at any hour of the day or night, I have been anxious to improve the nick of time, and notch it on my stick too; to stand on the meeting of two eternities, the past and future, which is precisely the present moment; to toe that line.” Henry David Thoreau, Walden

Once California was, in the eyes of invaders arriving by ship, horseback or wagon, something like pure future into which they carried their past. I’m not standing on some Marin County promontory overlooking the Pacific as I think these thoughts, gazing out at the horizon line the ocean forms with the sky. I’m sitting in a place remade at great cost to resemble the past of other places: the Japanese and Chinese gardens at the Huntington Library outside Los Angeles. The brilliant green stands of bamboo glimpsed through an imported Japanese gate remind me of all the world history that money and immigration have brought here over the years, all the works of art and architecture, all the music and languages, all the traditions, as if Californians have been desperately trying to keep up with the past at the same time as their eyes were supposedly fixed on the future.

In previous generations, California served as a geographic focus of “Go West!” optimism, and California currently enjoys what we might call a “futures boom,” offering opportunities to thinkers and dreamers who imagine decades and centuries ahead. The new devices of Silicon Valley entrepreneurs set off instant reverberations throughout our networked world even before they are real. Their visions of the future are praised or, just as often, mocked by a public that’s struggling to deal with a present infused with an insistent future. But sitting here in the garden at the Huntington, I want to take a deep breath and think through this frantic futurism, for the key to understanding and coming to terms with this rush to the future, I believe, lies in the past, in the history of futurism. This “futures boom,” after all, has been going on for decades now in California and is now merely taking on new forms.

Most people with a professional interest in the future talk about it with care, partly out of fear of being associated with bearded Methuselahs announcing the immanent end of the world. Even in California there has always been something “fringe” about displaying excessive optimism or fear for things to come. But futurism in California has enjoyed increasingly frequent and successful bids for mainstream attention. The rise of organized and professionalized forms of futurism, beginning in the 1960s, was coeval with the rise of the computer and consumer electronics industries. Along with the acceleration of technological progress, we’ve seen a commensurate increase in the volume of tech-talk and futures-talk. Ideas with their roots in technology are deployed to address nontechnological concerns. Consider the terms “hacker” and “to hack”: as recently as the 1990s, they carried associations with the criminal violation of government or corporate computers, but now are thrown around beyond Silicon Valley to conjure cleverness and the ability to solve problems either digital or analog. Entrepreneurs searching for talent hold “hack-a-thons”; activists speak of “hacking” democracy, and they mean opening up new avenues for participation within it, rather than rigging elections. Hacking enjoys a vernacular association with breaking the symbolic “code of the world” and clearing a path toward innovation.

The temporal future itself is “virtual reality” in the most literal of senses, and whether we imagine ourselves rushing toward it or it rushing toward us is an individual matter. In the sense that we all think about our personal futures and the futures of our communities, futurism is everyone’s constant and quotidian practice. But futurism as I use the term in this essay means a professional interest in helping people think creatively about the risks and opportunities ahead. Sometimes this means selling them a particular vision of the future; and sometimes, more laudably, in my view, it means “the liberation of people’s insights.”

There are experts and consultants who offer predictions, forecasts, and scenarios to help us understand where a given financial market, environmental crisis, or technology trend may be headed, and others who make it their job—sometimes, notably by writing science fiction—to imagine entirely different worlds ten, twenty, or a hundred years in the future. While talking about climate change is technically just as much a form of futurism as talking about robots, the term is most conventionally used to mean conversations about technological progress and the way it could reshape society, for good or for ill. This may simply be due to money. Predictions about the future of technology have substantial financial implications; and, indeed, this dimension of futurism resonates with one prominent element in California’s history, the promise of quick wealth by capitalizing on a newly discovered resource. Futurism is many things, but its California variation often plays between the promise of the boom and the fear of the bust (sometimes, a refusal to accept the reality of busts). The anxious desire to be part of the next big thing and not be left behind courses through California futurism. 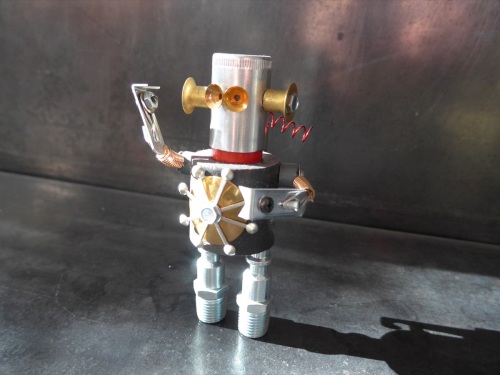 We can trace many elements of contemporary futurist practice back to the think tanks and consultancies that developed during WWII and grew increasingly important in the decades after. Herman Kahn, perhaps the most important American futurist of the mid-twentieth century, whose persona inspired the titular character in the film Dr. Strangelove, worked at the Santa Monica–based RAND Corporation. There he developed scenario-planning and game theory techniques with direct application to the Cold War. Even more ambitiously, his RAND colleague, the mathematician Olaf Helmer, sought to extend customary planning horizons into “a more distant future.” Helmer, along with other members of RAND, developed a method of forecasting called “Delphi,” which involved the collection and cross-referencing of predictions by experts in a given scientific field. “Convergence of opinion” translated into “accuracy of prediction,” writes historian Jenny Andersson. Despite his invocation of the Oracle at Delphi, Helmer’s goal was to render “fatalism a fatality.” Like many futurists after him, he wanted to eliminate utopianism and dystopianism from the culture of futures thinking while devising an ultimate scientific theory of prediction, a general theory on the model of physics that would be aided by the data-gathering and processing power of computers. He acknowledged the powerful incentive offered by the Cold War, which made American planners wonder how the United States could grow and survive in competition with the planned Soviet economy. The planning-oriented futurists of RAND and other institutions were expected to help contribute to policy recommendations. In his 1972 The Futurists, Alvin Toffler—coauthor with his wife, Heidi, of the most widely read late-twentieth-century futurist text, Future Shock—called for futurists to serve as the newest version of that classic twentieth century figure, the intellectuel engagé or public intellectual. All such ideas about futurist practice and the responsibilities of futurists, of course, were subject to a question: Whose future were they trying to predict? A global future or a national one? An elite or a popular future?

Some say that you simply can’t predict the future and that talk about what might happen is empty. In fact the impossibility of perfect prediction may be the secret of futurism’s appeal. This is its “dark matter” or the binding element that makes futurist work endlessly interesting and worthwhile. Consider the model of the bet, a familiar, everyday sort of forecasting in which we engage without thinking of “the future” writ large. San Francisco’s Long Now Foundation, which is most famous for its efforts to construct a clock that will run for 10,000 years (roughly the length of time our species has been practicing agriculture), maintains a registry of “long bets” about future events. Anyone with an Internet connection can offer predictions, and most are backed by moderate financial commitments. Many of these bets are very short term, when compared with the 10,000-year timescale the Long Now encourages the public to think about. One bet hinges on whether the average number of miles driven by Americans will rise or fall over the next ten years. Another asks whether political parties will hold their traditional conventions in the future or acknowledge that these have become nothing but theatrics. The fantasist in me imagines a world five hundred years from now in which our early twenty-first century longshot bets on the distant future have been passed down from one generation to the next as a matter of sacred trust. But why should they care how we bet on the future, which will be their present?

To continue reading click here to access the full article on JSTOR, where we’re delighted it will remain free for 60 days. Then click on a link to view the PDF and agree to JSTOR’s terms.

All photographs by Jon Christensen.